Another MINERVA EDITIONS release of a short docufiction made for the Miami New Music America Festival. Reptiles and wildfire coupled, like instinct and intuition; sometimes moving with each other, other times against, yet forever soaking wet and on fire.

Broadcast many times over in a variety of contexts, and now released into the digital everglades: 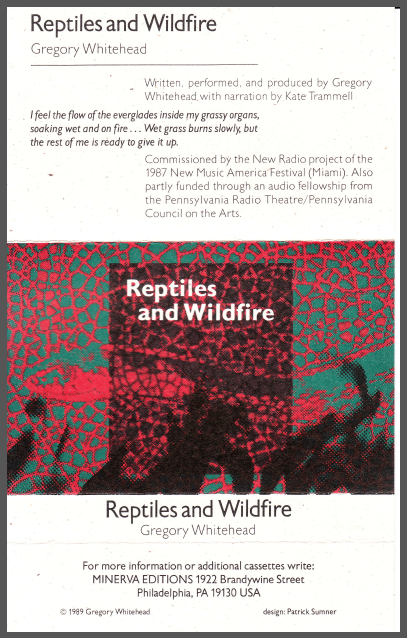 You will note the address for MINERVA EDITIONS. From 1987-1992, I lived in Philadelphia within walking distance of the abandoned Great Eastern penitentiary, Duchamp’s étant donnés, the Mütter Museum, and the Rodin portes d’enfer. Each had an influence on my thinking during those years and are still roaming around my brain.