A radio navigation commissioned by Sound Culture 1996 in San Francisco, with radio works curated by Susan Stone. Produced in close collaboration with Richard Busch, with inspiration from his exquisite Drei Nebel Lieder.

Text derived through the improvisational “dealing” of cards based on Mexican Lotería, liturgical fragments and the maritime alphabet. Performed by GW, Richard Busch and cabaret singer Ilse Pfeifer.

Other materials include scraps from a live performance at an International Feature Conference in Basel, and instructional texts on the art of navigation. Sound beds composed by GW and RB. Recorded in the sea-crow media studio on Nantucket Island, over the course of several foggy days in late winter.

Following the premier broadcast on KPFA, Nothing But Fog has aired numerous times throughout Europe, North America and Australia. The below link is for private use within the creative commons; for broadcast or festival rights, please email me. 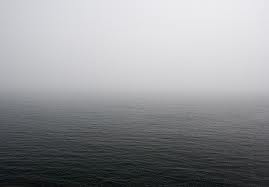 This entry was posted on Friday, October 12th, 2012 at 3:10 pm and tagged with gregory whitehead, Gregory Whitehead radio art, improvisational radio art, philosophy navigation uncertainty, richard Busch drei nebel lieder, sound culture 1996, susan stone and posted in Gregory Whitehead. You can follow any responses to this entry through the RSS 2.0 feed.
« Leave It or Double It
The Club »