On the ABC’s outstanding (thus terminated) Soundproof program, in its last weeks:

Radio Unbroken is a songspiel for Radio Revolten made by Helen Hahmann and Gregory Whitehead.

The songspiel uses fragments from the manifestos collected at Radio Revolten, a month-long radio arts festival, which took place in Halle, Germany in October.

II    The Future of Radio is Dirty

Following the announcement that Soundproof had been cancelled as part of a self-destructive ABC Radio National re-focussing on “digital platforms”, I released the following statement:

In a very short period of time, Soundproof has become internationally respected for encouraging a beautifully polyphonous diversity of storytelling, in every dimension. Given more time, I am sure that Soundproof would have continued to increase its audience, on broadcast and through the digital platforms; to pull the plug now, just when the show is beginning to flourish, reveals a massively self-defeating narrowness of mind and spirit at the heart of Radio National.
Soundproof, under the leadership of the experienced and open-minded Miyuki Jokiranta, has given countless young, talented producers the opportunity and the resources to try new ideas and tell challenging stories in fresh ways. The deep cultural value of such a program cannot be measured by narrow statistical metrics. Soundproof is a program that speaks for the infinite possibilities of the human imagination in the world of words, music and sound. Killing such a program while still in its infancy reveals a toxic corporate mindset that rips out the garden for yet another lifeless parking lot.

On the Shore Dimly Seen

THROUGH THE MISTS OF THE DEEP

Premiere broadcast on the excellent Soundproof program, produced by the Creative Audio Unit at the Australian Broadcasting Corporation:

ON THE SHORE DIMLY SEEN

The interrogation log of detainee 063, as first revealed to the public by Time magazine in 2005, offers a detailed hour-by-hour chronicle of the so-called “special interrogation plan” approved by Donald Rumsfeld and others in the Bush administration during the months following 9/11. In reading through the entire log that records many months of abuse, I was struck by the persistent use of loud music to assault the senses of the detainee; and in particular, the use of the Star Spangled Banner, during which the detainee would be ordered to stand at attention with his hand over his heart.

These lines provided me with both a title and a commitment to break the “dread silence” that continues to surround the regime of no-touch torture imposed within Camp Delta at Guantanamo Bay. By responding to the violence of 9/11 with torture, we betrayed our most  fundamental values, using our flag and anthem as props in acts of criminal abuse. Yet to this day, despite extensive documentation of extreme human rights violations, not a single perpetrator has been held accountable. What is half-disclosed also remains half-concealed.

At the heart of this broadcast: one day in the no-touch torture of detainee 063, as expressed through my verbatim voicing. Other texts float through and around the log, voiced by Anne Undeland: lists of the approved techniques, brief histories in the development of no-touch torture, excerpts from an interview with Dick Cheney, and analysis of what is happening within the interrogation log itself, ten years after it first came to light.

Extended improvisations by vocalist Gelsey Bell both embody and repel the cruel logic of the texts.

On the Shore Dimly Seen

From the Limbo Zone of Transmissions

GELSEY BELL is a singer, songwriter, and scholar. Described by the New York Times as a “brandy-voiced” “winning soprano” whose performance of her own music is “virtuosic” and “glorious noise,” she has released multiple albums and her work has been presented internationally. She performs regularly as an experimental vocalist, culling from a wide range of techniques and styles to create her own performance works, to literally voice those of contemporary composers, and to explore improvisation.She is a core member of thingNY and Varispeed, and she has worked with numerous performance creators including Robert Ashley, Matthew Barney and Jonathan Bepler, Ne(x)tworks, Kimberly Bartosik, Yasuko Yokoshi, Dave Malloy, Rachel Chavkin, John King, Chris Cochrane and Fast Forward (as the Chutneys), Kate Soper, and Rick Burkhardt, among others. Gelsey also has a PhD from New York University in Performance Studies.

ANNE UNDELAND is an actress based in the Berkshires, widely known for her virtuosic voicing of one-woman shows such as The Belle of Amherst. She has worked with Whitehead on numerous projects for the BBC, including The Loneliest Road and Four Trees Down From Ponte Sisto.

Commissioned for the 2014 Radio Dreamlands project, conceived by the UK-based Radio Arts. 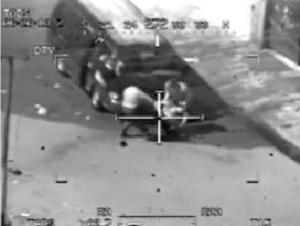 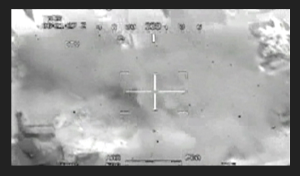 For information on broadcast or other rights, contact GW: gregorywhitehead(at)mac.com.