The Bone Trade and central character Walter Sculley have migrated through various media, beginning in 1996.

Sculley’s market for corporeal memorabilia first emerged as part of a BBC radio “conversations with possible people” series Talk to Sleep, produced in collaboration with Goldhawk; then was made into a short film, directed by John Dryden; generated a website, which functioned for a number of years; subsequently published as a dialogue in Cabinet, with an update to follow; and finally, featured as a mixed media installation at Mass Moca, including a series of photomontages by Harry Willis Fleming, who also designed the website and has been a key bone trade affiliate since early days, together with Jane Wildgoose of the Wildgoose Memorial Library.

Even today, Sculley continues to hold forth from time to time on developments within the marketplace. 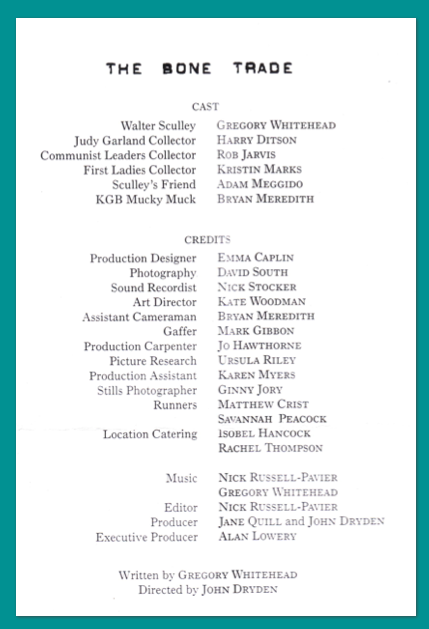 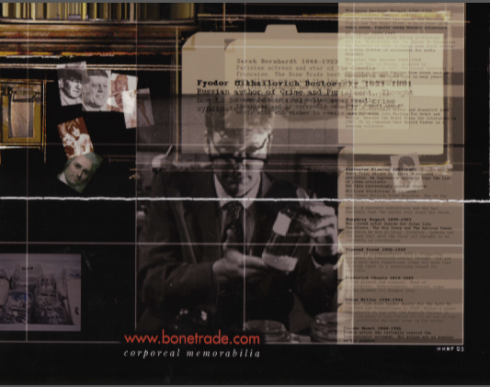 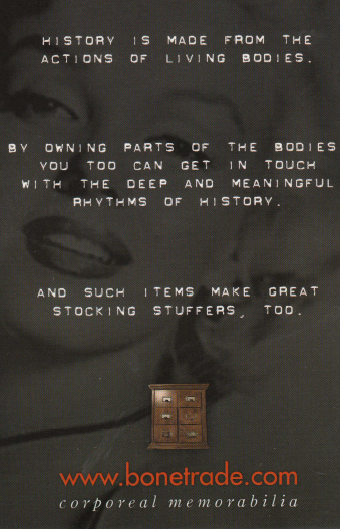